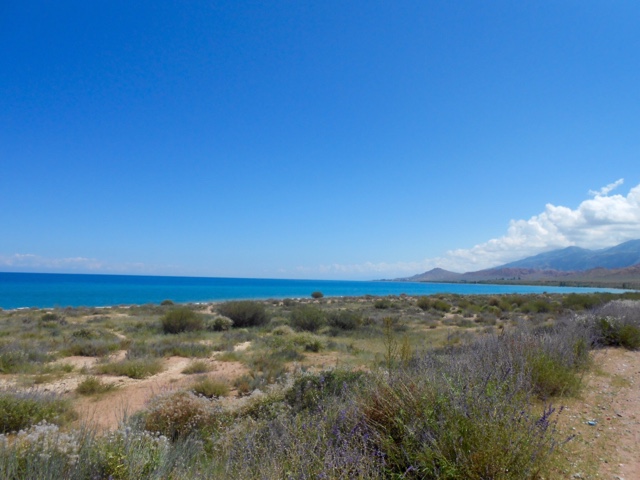 Day 59 – Tuesday 9th August – Naryn – 120kms
The road to Naryn was fairly good, with the exception of many road works. 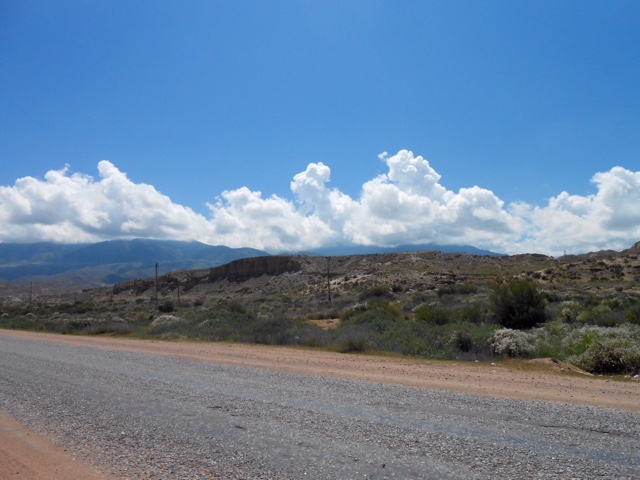 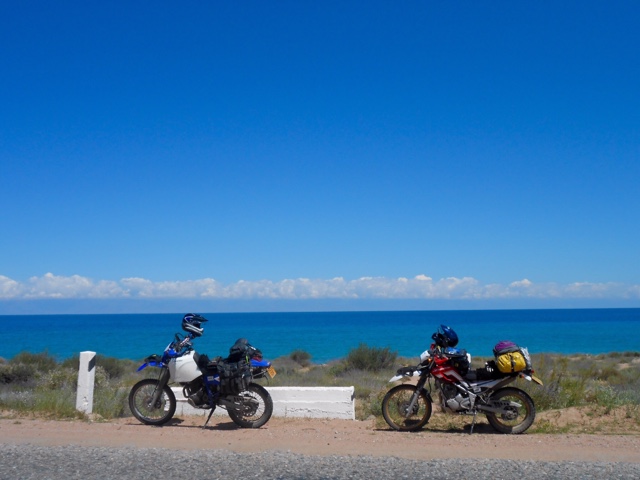 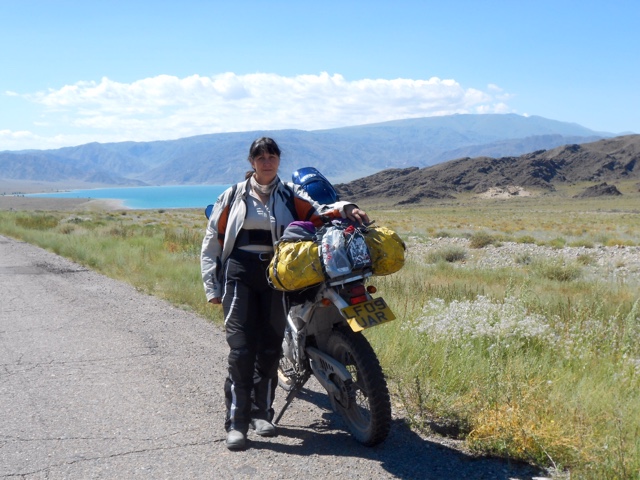 We arrived at Naryn rather early and rode to the hotel recommended by Chris, the Khan Tengri. Unfortunately, despite huge grounds and probably lots of rooms, it was full!
So we looked into the GPS and rode to the Celestial Mountains hotel and yurt camp. We managed to get a room with bathroom . The place was simple but  clean.
It was a very hot day. We had a walk into town to change some money and buy some food for a late lunch. There were not many palcd to eat at all. We arranged with the hotel to have dinner there.
Naryn had nothing of interest other than as a stop over.
Day 60 – weds. 10th August – Naryn – about 40kms
The idea for the day was to ride first to the a beautiful valley, east of Naryn, then ride back and go toTash  Rabat, a very ancient caravanserai, about 120 kms West of Naryn, going toward the border with China.
Unfortunately, the combination of cows grazing on the road, as they alway do, and a dog coming out of nowhere barking like mad and scaring the cows, sent the cows charging toward me. With nowhere to go, I hit one and fell off the bike in the Tarmac.
No damage to the bike, but I fell on my right shoulder, the same than  got injured lasted December, while off-road riding. Nothing major, but I am in too much pain to ride today. So we rode back to the Celestial Mountains. I took an anti-inflammatory and some paracetamol/codeine mix.
I should be able to ride tomorrow. I really don’t want to be stuck in Naryn any more!
However, riding dirt roads, requiring standing on the foot pegs, might be tricky for me, few days.
I won’t let that change my plans though.
Tomorrow we will still be going to Tash Rabat and staying in a yurt locally.
Then ride up to lake Song Kul. Not sure about the itinerary. My initial itinerary was the most straight road but all in rough surface. I shall see how I feel in a couple of days.
Still within my schedule! So no worries, all is fine!
Bloody Dogs though, I narrowly ran few down in the last few days, are they go crazy when they hear the motorbikes, and run after Alistair, ahead of me, then turn to my front wheel! We will seriously slow down near yurt camps etc… From now on. 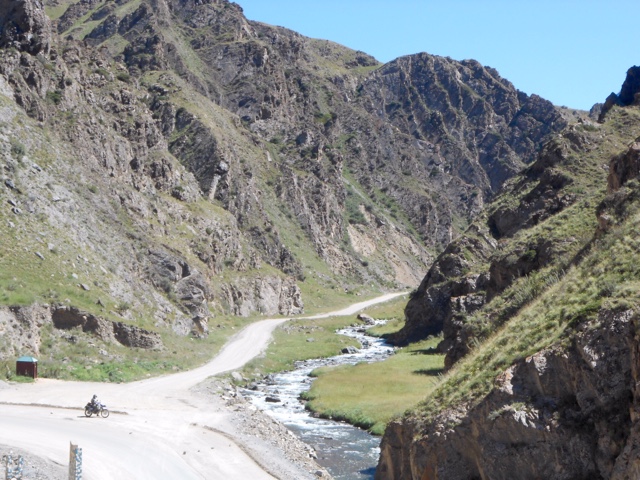