(scroll down for photos)

We had a walk around town and investigated the boat trip to see the whales. at 800 rand per person, we thought it was a bit of a rip off! Instead we walked along  the cliffs and saw many whales very close to the shore.

It is the season now and many females whales come in the area with their off spring. We saw them jumping out of the water and playing around.

Too soon it was time to pack up. We had booked  hotel in Cape Town that looked fairly well located, was cheap enough, had secured parking for the motorbikes and included breakfast!

We decided to ride along  the shore. The views from there were superb, the weather perfect. The road was nice and twisty and as it was Sunday, all the bikers were out riding.

We thought about going to the Cape of old Hope, but the road to get there took us alongside many shanty towns. The weather was not great, the road pretty awful, so we decided to get the hotel instead.

We arrived mid afternoon to the Best Western Cape Suites hotel. our room was actually a flat, with a small kitchen, a large bedroom with balcony, and a second bedroom with 2 single beds. It was useful as we had to repack everything. We had to deliver the bikes to the shipping agent the next day.

So we loaded the bikes and rode to Econotrans’ offices. We parked the bikes and loaded our riding boots and jackets to the bikes. We left the helmets too this time. It was such a drag to carry them as hand luggage when flying in! After disconnecting the batteries, removing the mirrors and signing few papers, we went back to the hotel in a Uber car.

It was sad. We met for lunch with our south african friend Johan at a funky burger place called The Dogs’ bollocks / Bitch’s tits. It was quiet something! But the burgers were great.

The next day we explored the town on foot. The centre was nice. We found an amazing tapas place called Fork, in Long street. The food there was amazing. The weather was wet once again but it was worth getting drenched for such a meal.

The next day our plane was at 5pm only. So despite torrential rain, we walked back to Fork for a last meal involving Ostrich Goulash and other amazing stuff! IF you get to Cape Town, make sure to pay them a visit!

So we flew back to the UK. we rode over 15,000kms, 7 countries, in 4 months. It has been an amazing trip. I expected it would be much harder than that, but the fact everyone speaks english (even in Mozambique) and that most regions we crossed are fairly  touristic, makes it an idea part of Africa to explore. We saw many fabulous things and landscapes that will stay with me forever.

In the next few months I will try to produce a more precise and detailed Ride Report in ADVRider, as usual.

For now, I leave you with few photos. 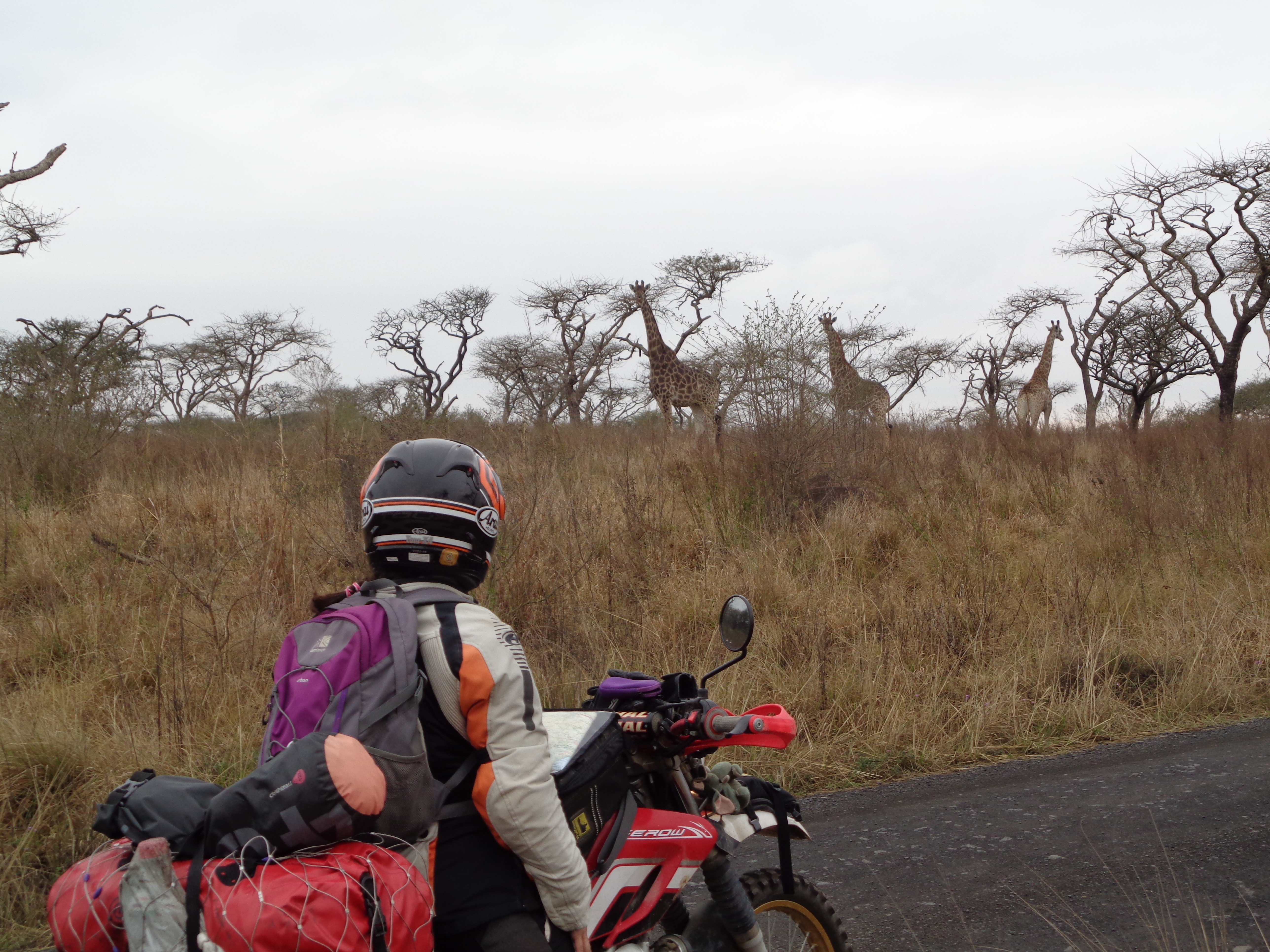 Drakensberg and the Wild Coast