We did not plan to go to Bishkek , the capital city of Kyrgyzstan, until the end of our trip…. But in the end we had to!

Some stuff came up that we had to sort out and go to Bishkek for that. Nothing major.
So on Thursday 11th August – day 61 – 320 kms
We arrived in town relatively early and found a hotel that had good ratings online.
I hope we can leave Tuesday morning (16th August) . Small delay but we still have a full 4 weeks so should be plenty enough.
So my itinerary had changed slightly.
From Bishkek we will go to Osh. Then from there, after getting ready for Tajikistan and riding the Pamir (I.e. Buying some food!) we will ride to Sary Mogul ( sounds like a name out of Lord Of The Rings! ) to adapt to altitude.
Going straight from an elevation of 600m ( in Osh) to a border pass of 4,300 metres, and towns at 4000m, we need a couple of days acclimatisation… Altitude sickness is very bad and dangerous! Sary Mogul, above 3000m, is not a village, merely  few yurts near a  lake. One or two night there should do the trick.
Then we will cross into Tajikistan. Once we leave Osh it will be wilderness! Hardly any electricity, no running water, toilets, showers or anything for the duration of the trip in the Pamir, with the exception, I hope, of a couple of bigger villages.
I expect to spend up to two weeks in Tajikistan.
Then back to Osh as this is the only way. From there, I will take few mountain trails across Kyrgyzstan to few nice places and lakes.
We have to be back in Bishkek on the 13th of September latest, as we need to repack and take our bikes to the compound where they will be crated and trucked back to England on the 15th.
By luck, Chris, our friend from Warsaw, if you follow my blog ( the same whose shipping company is transporting our bikes back to the UK) was in Bishkek. He does guided tours and had finished one that same day. So, as he was staying in a guesthouse near our hotel, we walked over to say hello. The next day he was off to India to guide another motorcycle tour around the Himalayas. His flight had been cancelled and he would face a very windy way to get to India in time!
He gave me some advice and tips for some trails and places to visit. He showed us pictures of his latest tour. It looked awesome. I am quite tempted to do the Himalayas with him or with his partner Ola next year!
I leave you with few pictures of Bishkek.
This might be the Opera house? 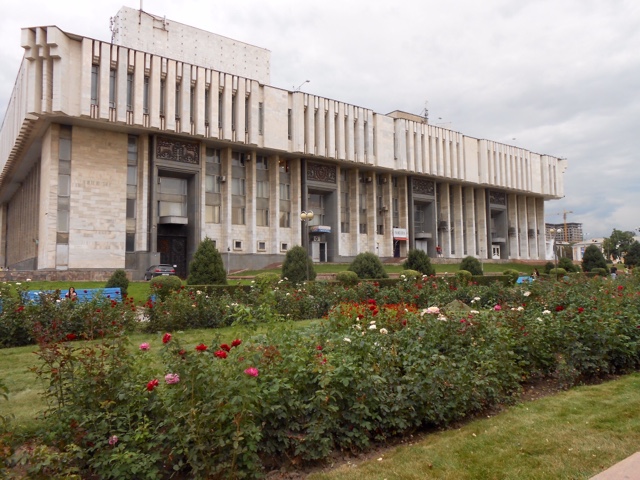 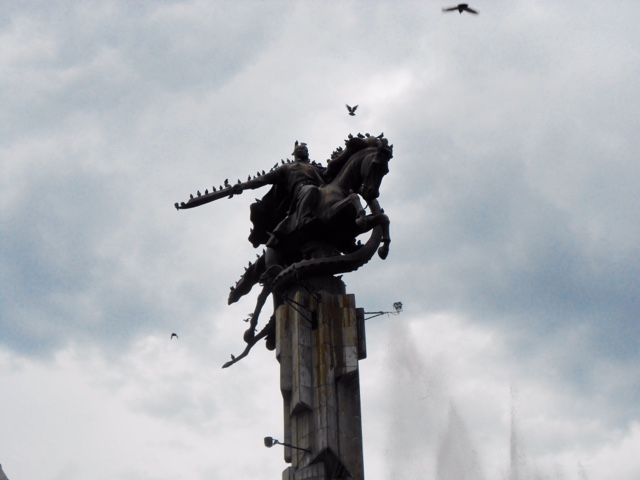 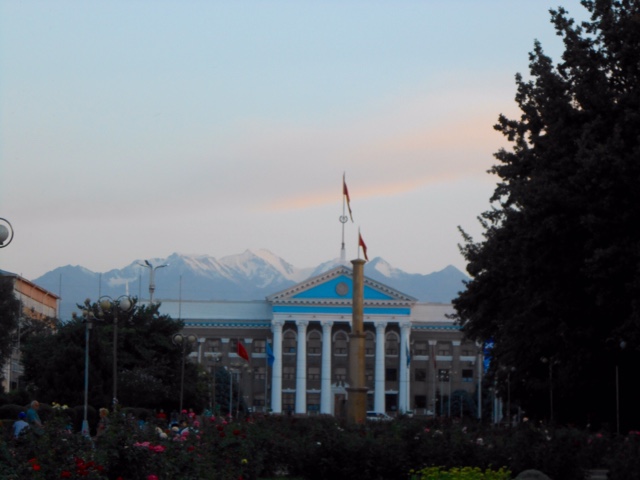