We left Poland and cross quickly into Lithuania. The raids were straight for miles on end. This region is flat and roads just go on and on for ever through dense forests.
We crossed Lithuania quickly and arrived near the village of Zarasai, where we found a nice guest house, with a little chalet for us. It was lovely and, as the chalet had a kitchen , we ate an omelette, looking at the storks coming to feed in the gardens.
Day 11 – weds. 22d June – Pskov (Russia) – 320 kms
In the morning, in our lovely chalet, overlooking a large pond and gardens, we took our home made breakfast of eggs and mushrooms. 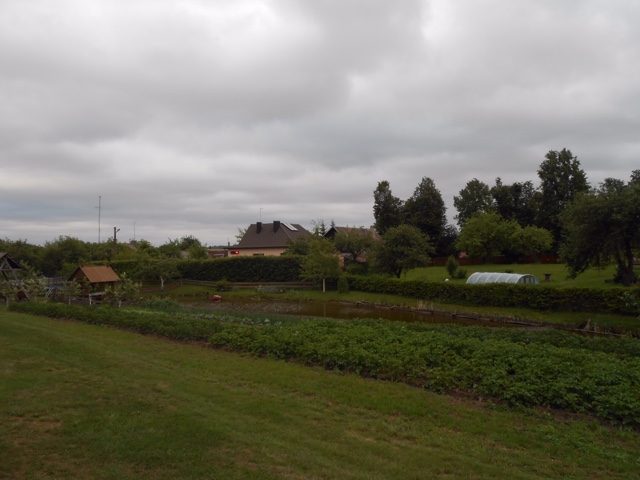 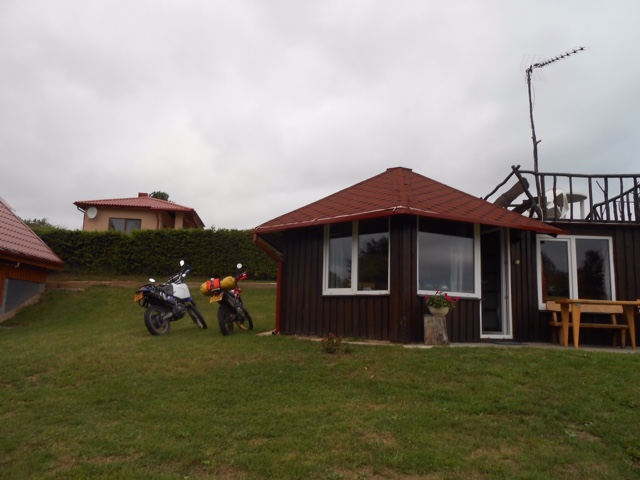 We had looked at the map The previous evening, and decided to make it to Russia.
So we left relatively early. We chose the small northern border crossing in Latvia.
Crossing Latvia was quick.
Of all the Baltic states, Latvia seems definitely the poorest, while Estonia looks like Germany! All is clean, tidy, lawn cut and flowers in baskets, all is clean and tidy and pristine. Latvia, in another hand, looks like just out of Stanilism!
Anyway, they seemed to be rebuilding roads so we had many road works to ride through, under, once again pouring rain.
We arrived at the border soon after midday. Leaving Latvia was quick, entering Russia was another matter! We picked a small border crossing, this one is usually quiet and there are no queues. There were no queues!
At the passport control, the lady spent a long time looking at my passport. Followed then various phone calls while trying to look with a magnifying glass at the photo ID. Then a senior officer was called in, lots of chat, then the boss left. The girl still spent a long time huffing and calling on the phone…. Another large guy with a very big hat (so he must have been very important!) came too into the cabin.
More magnifying glass looking at my passport! By then I was wondering if I would be thrown out, or thrown into jail!
Eventually, she took the Sacred Stamp and stamped my passport with it! I was in!
Customs took as long as they need to fill the same info  into millions of IT systems!
After over two hours we were let in, but it was not the end of it! We had then to buy insurance for our motorbikes. We stopped at the first petrol station, just outside the border compound.
There, there was a lady selling insurance. She kept asking for a date, even now we still have no clue what this date was about, we showed her all the dates of the V5, but for some reason, they were not what she wanted. In desperation, I got my English insurance document out. Somehow, she picked a date from there and we managed,  after nearly two hours, to get our insurances! Never had this problem last time!
By then it was late afternoon, and we decided to make it to Pskov, about 120kms away.
We arrived in Pskov at what appeared to be rush hour! After turning a bit we managed to find the same Soviet style hotel that we used last time. We knew they had a guarded compound for the bikes.
So we took all the luggage and straps out and got a room.
After a quick change and shower, we went hunting for a place to eat. The only local place we found was a Hesburger in a shopping mall. Like McDonald, but worse!
At least the hotel had good wifi although the beds were probably from Stalin time and the bed sheets, as often in the East, were too short to cover the entire mattress! The joys of travel! A truck like our friends Nick and Les, or like Hamish, seems more and more appealing, sometimes!
I tried to change my hotel booking, for St Petersburg, so we could go the next day, but it was too late and the hotel was full for that night, so we picked a place, half way, to spend the night.

In Booking.com we found a place that looked really nice in the pictures, with a mini farm, beautiful chalets, by a lake, with wifi, swimming pool, spa etc… It looked picture perfect, so we aimed to that place.
It took us a while to find as it was off the main roads, through various tracks. When we arrived, it looked just like we have seen before, no wifi that we could find, soviet style holiday camp, rough and rustic cabin, some falling down in ruins, no one around, the swimming pool being a black dirty pond that even a dog would turn his nose at… Oh well, that will do for one night. We will have some luxury in St Petersburg hopefully.
I managed to do some laundry and it was handy to hang it out as it stopped raining and even had some sun.
One problem with the country side in Russia is the mosquitoes. When Alistair went to buy some food for our dinner, the first item in the list was mosquito spray. There are big, hungry and legions of them!
I had one bite and my hand turned bright red and swollen… I had to apply some antihistamine cream but not much result! 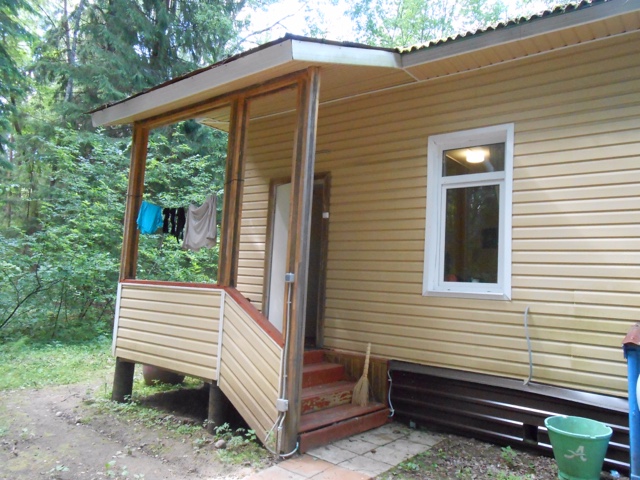 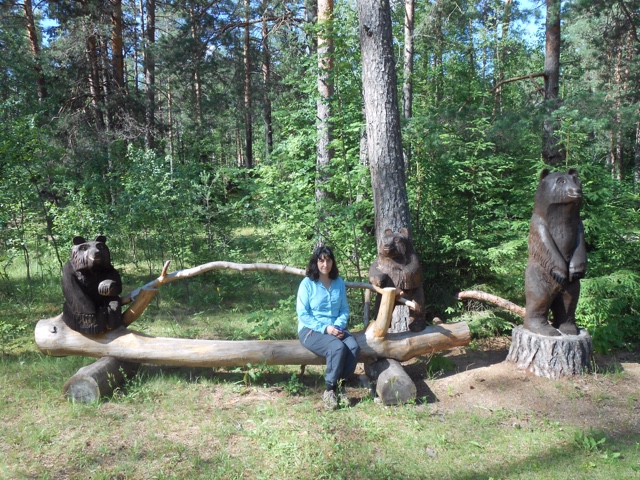 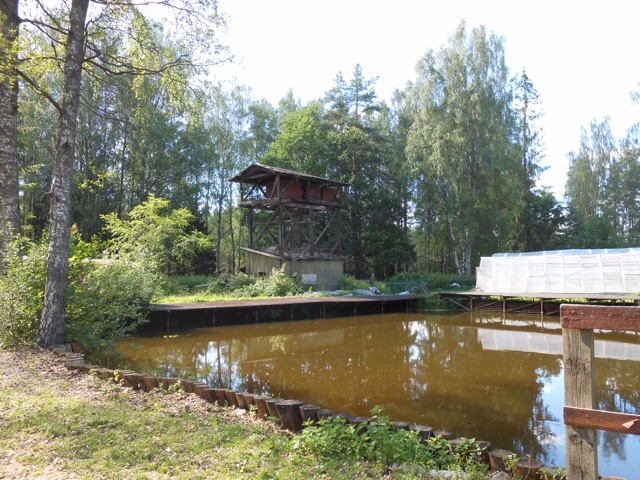 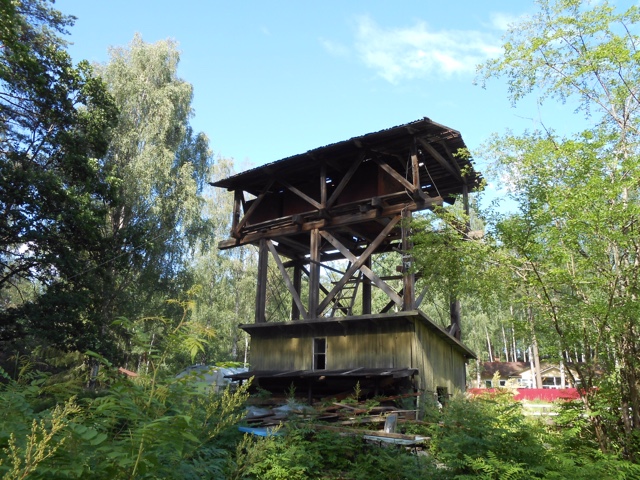