And so we left Tomsk and our friends there.

The last evening, Anton invited us to dinner at his flat and we met with all his family.
It is quite extraordinary that, despite a busy job in IT, with lots of responsibilities, and with a toddler (17 months old) and new born (2 months old), he still managed to find a lot of time off, changing his hours to get two days week days free for us, and spending most of those days working on the TTR! What a great, kind  and generous friend! We hope to see them in London in the future! 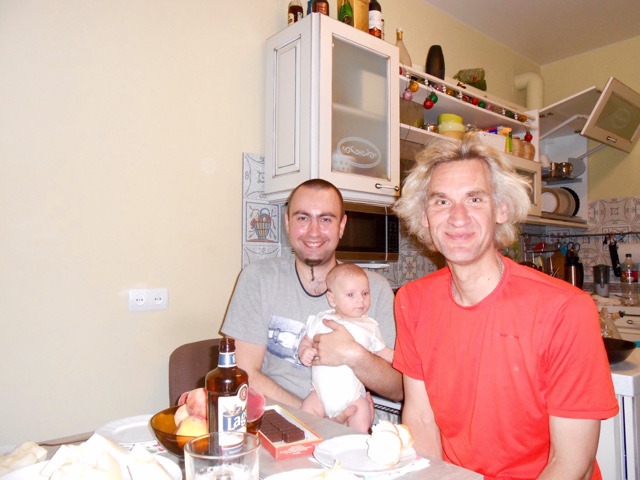 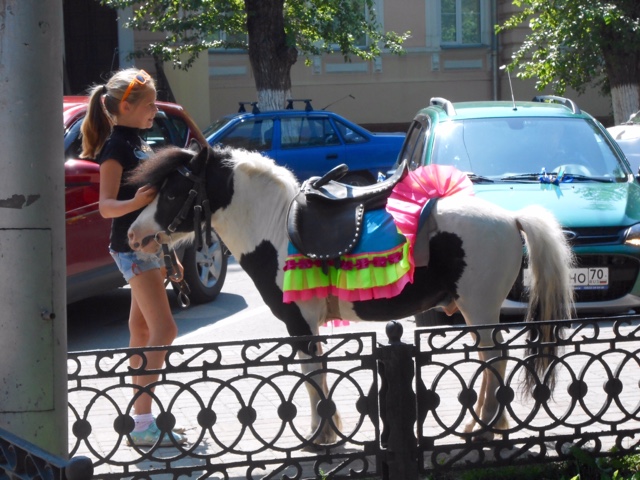 One of me without my helmet for a change, and riding a Ferris Wheel instead of a bike! 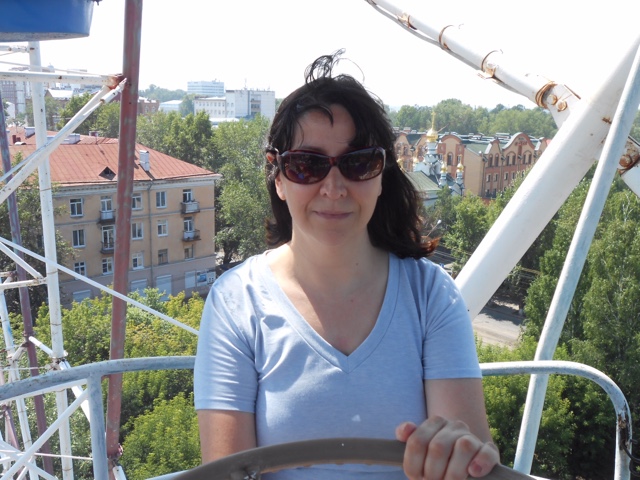 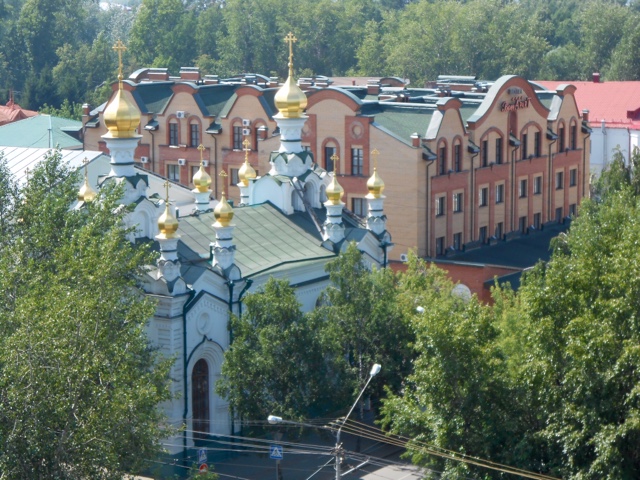 Day 41 – friday 22d of July – Leninsk-Kuzetskiy – 300kms.
The ride to LK was boring, a busy highway through industrial towns. Late afternoon we arrived and quickly found a business hotel with the usual sunken antic beds and non functioning wifi.  One corridor looked like a hospital corridor, with chairs out for waiting patients, offices etc…. All very bizarre.
We rode the bikes to a guarded car park. The town was ugly, with derelict buildings. Back in our room, someone knocked  on our door. It was a girl in uniform with a restaurant menu, in English! Lucky!
So a while later we went to reception and the staff pointed to a cheap looking wooden door. We went through it….into the most extraordinary entrance for a restaurant that you could possibly imagine…. Regrettably I did not have my camera with me.
A security guard was sitting in a sofa, fit for a queen, watching a giant plasma screen in the wall.
Actually this hallway would have been ideal for Marie – Antoinette… The mock chimney, the intricate luxurious wallpaper, the stairs, with bling, mirrors, Perspex and lights everywhere, the amazing chandelier and the Statue of a woman, in shiny mirrors and gems, with an extravagant hat…. Then we went up those extraordinary stairs to the restaurant, through another magnificent hallway…. The restaurant was jaw dropping and looked like the mad dream of a Russian oligarch! A bar in one side, covered in mirrors, gem, lights and bling…. A little scene for an occasional singer, a space for dancers ( empty when we arrived).
The tables and chairs were covered in luxurious purple velvet, lights in the ceiling of luxurious modern chandeliers, the wallpaper in dark red and gold tones. There was a large party of people in a big table, and four young women in another. All were dressed to impressed with designer ( or copy!) of designer gear and drinking champagne.
On occasion, a singer would appear with a saxophonist! We did feel slightly under dressed in our cheap and creased Decathlon t-shirts, rambling trousers and walking shoes!
However dinner was inexpensive and the waitress left us a very nice note, when bringing the bill, using google translate, as no one spoke any English, and wishing that we had a good time and would come back again!
I cannot tell how deeply I regret not having my camera! If you ever get the chance, don’t miss it!
Day 42 – Saturday 24th July, Sheregesh – 320 kms
In Yandex, a dot in the middle of nowhere was showing lots of hotels! Intriguing! So we decided to go there. It seems to be a ski resort during the winter.
The ride to the village was mainly a motorway, then we finally hit the small roads! And at last, we started climbing. 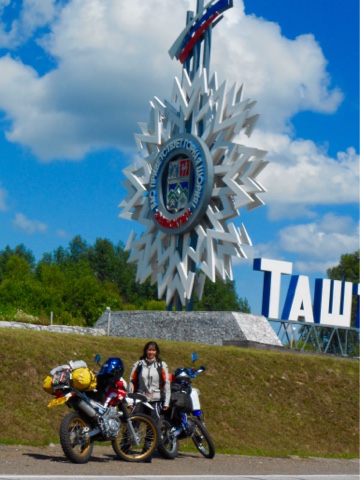 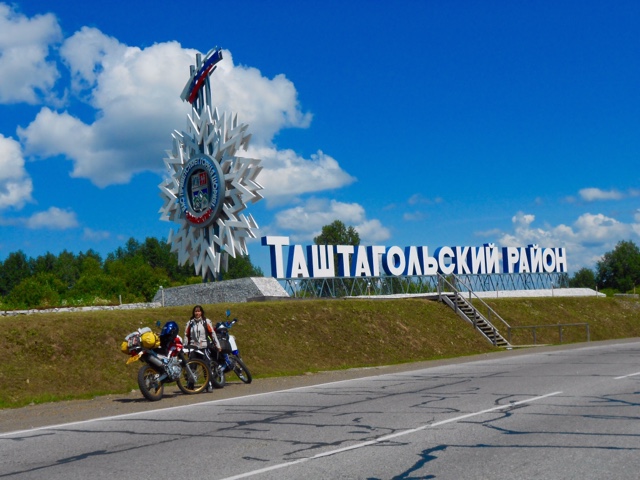 The GPS was showing many hotels, but to get to them was not easy. It even took us through very steep rough trails  and stone tracks and through a river bed and a river!
After turning round a bit we finally found a guest house. They only had rooms in a chalet, with one shared bathroom. On the plus side, we appeared to be the only guests, so effectively we had an entire chalet to ourselves, with a large living room and a large kitchen! 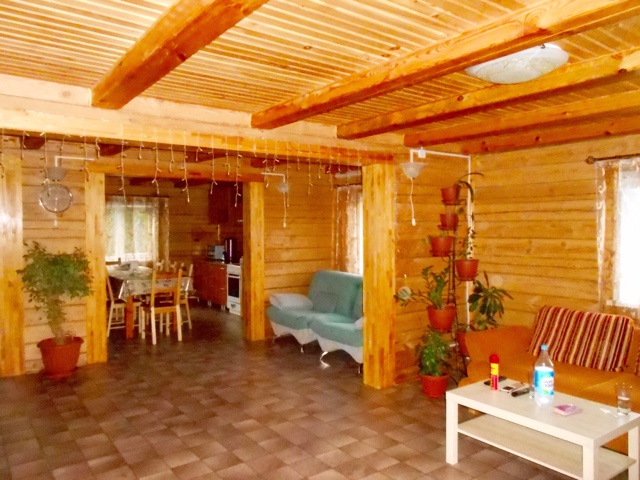 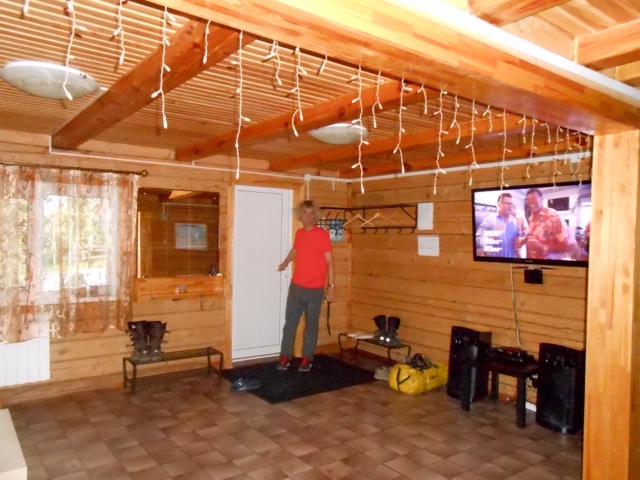 In the nearbye store we got some frozen Plov, so that sorted our dinner as finding a cafe or restaurant was not easy!
Day 43 – Sunday 24th July – 320 kms.
We were finally done with Russian highways! The roads were twisty, not busy, very few trucks…. And through the mountains! We soon ran out of Tarmac, for about 100 or 120 kms, but the gravel road presented no difficulty. The main issue at one point was overtaking a smal truck. It was producing so much dust that it was impossible to see through the cloud of sand! We had to wait until a steep hill to be able to see and get passed! We also had some rain, so all our clean gear got muddy again! 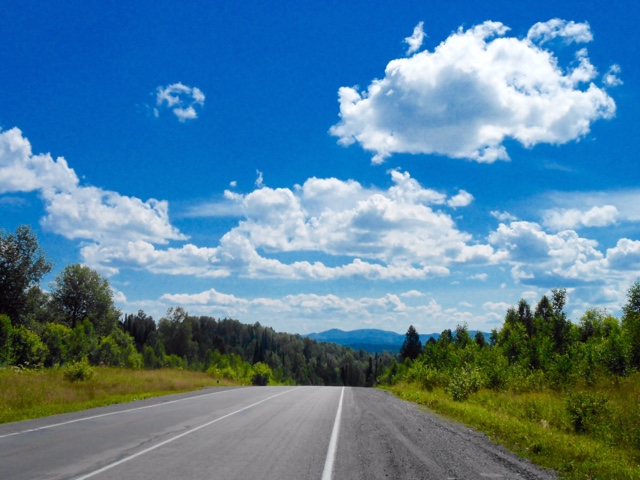 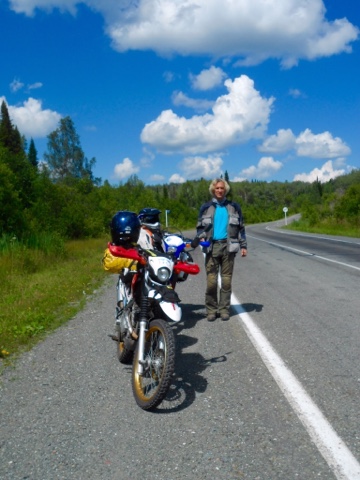 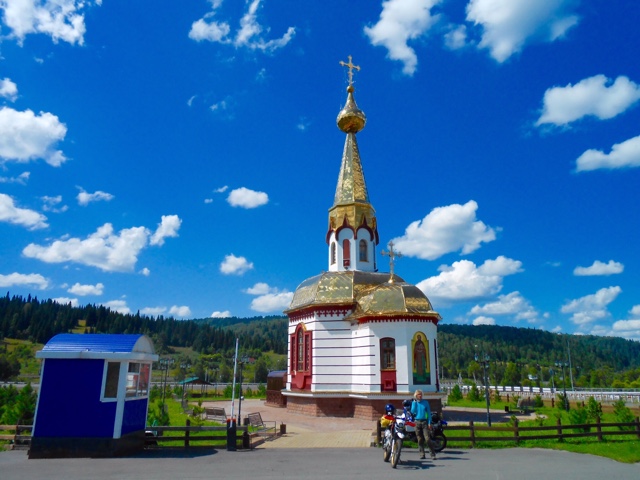 We arrived at Gorno-Altaysk just as a storm and lightening started ! Lucky! I had booked a hotel for two nights, as we had not had a registration done for several weeks! I was a bit concerned we could get in trouble with the police in that case! 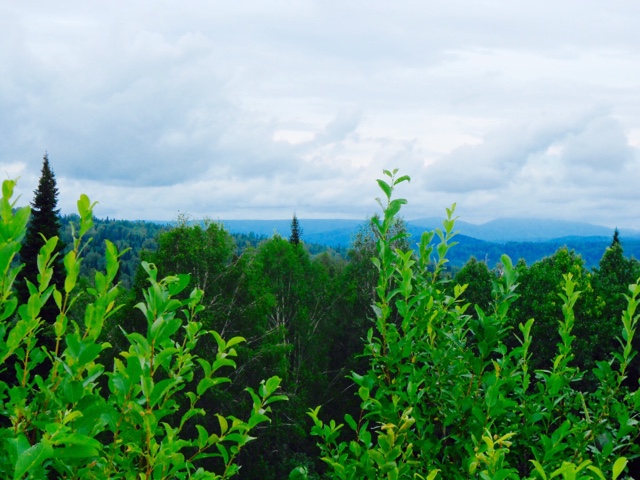 Sorry for any typos. Very difficult in my tiny screen and then autocorrect can cause havoc!