Skip to content
I read a quote a long time ago: “strangers are only friends you have not met yet”… This has been so true on all our trips!

As I just published my blog update, on Friday evening, a ping signalled  a message on my iPad. Opening messenger, I saw that Sambor (as he is known) was starting a conversation. Chris Samborski is the founder of www.advfactory.com. His company will bring our motorcycles back from Central Asia in September. We never met but had been exchanging few emails to organise the bikes return to the UK.

Sambor is well known in the motorcycle world for his stunning trip reports and has been touring Central Asia for 25 years, founding his shipping and motorcycle tour company.
He was inviting us to stay at his house in Warsaw. We never planned to go to Warsaw, as it is a bit off our planned route, but after checking the map, it was only a small detour. And how could we miss the chance to meet both Sambor and his, as extraordinary as him, partner Ola?
So we agreed and after exchanging phone numbers, we set up the GPS for his house.
Day 7 – Saturday 18th June – Warsaw – 410 kms
We did not leave town too early, as Chris and Ola were just coming back from holiday that day and would not be home before 7pm. So we took our time. For once, the day was dry, after torrential rains and huge storms the previous day. We saw many uprooted trees by the side of the road.
We arrived at the house few minutes before Chris and Ola. They welcomed us into their home and showed us our room. Then Ola went off to walk the dogs while Chris went off to buy some food, for a barbecue!
Soon, the fire was started, beer offered and meat and sausages in the BBQ…. 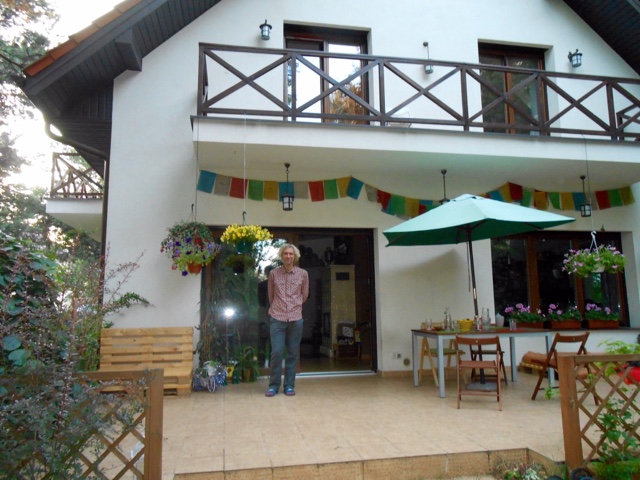 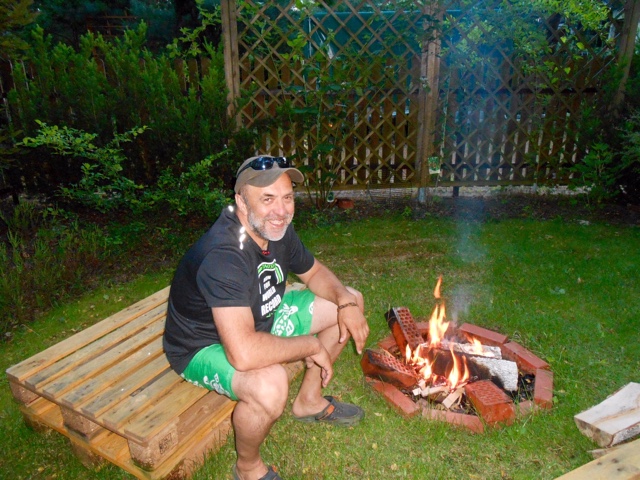 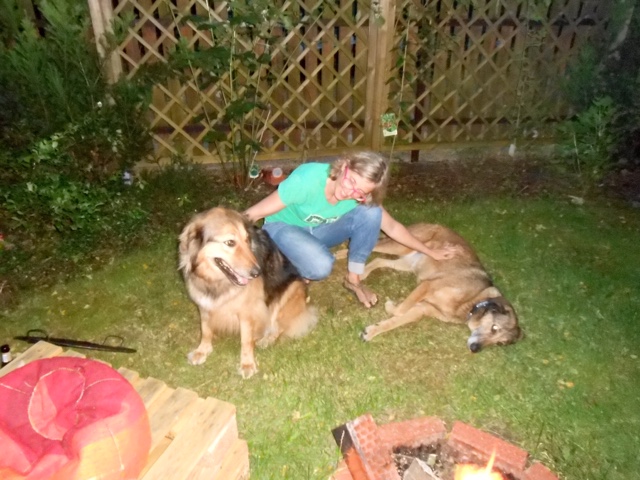 Day 8 – Sunday 19th June – Warsaw, 0 km ( on the bikes).
After a generous breakfast, Chris looked online to help find something in town for my bike’s seat.
Chris found a suggestion in a bike forum: buy a gel seat from decathlon, on the horse riding range! It was genius. The gel pad is thick ( a good inch!) and perfect for my saddle! As Ola had to buy few things from Decathlon as well, for her summer trips ( she is doing guided tours of the Himalayas among others!) we just all jumped in the car and went there. For about 40 euros, my problem with my very hard painful seat was solved! 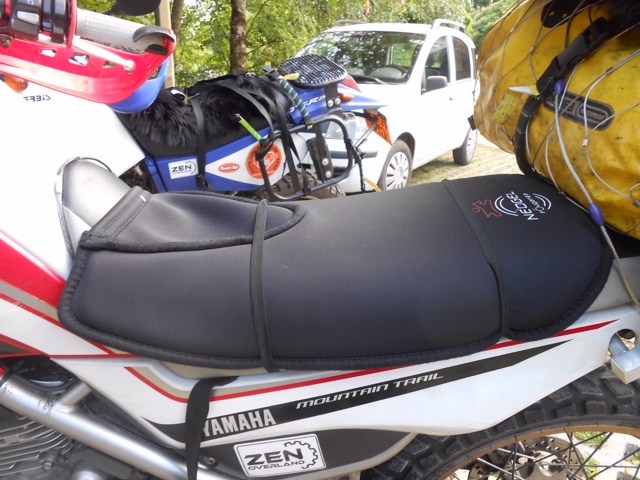 Then, our friends dropped us at the town centre so we could spend the day visiting the old town.
Not much is left of Warsaw, as it was completely destroyed during the war, but the old town was rebuilt and renovated and is very nice. The day, for once, was very hot and sunny.
Here are few pictures of Warsaw: 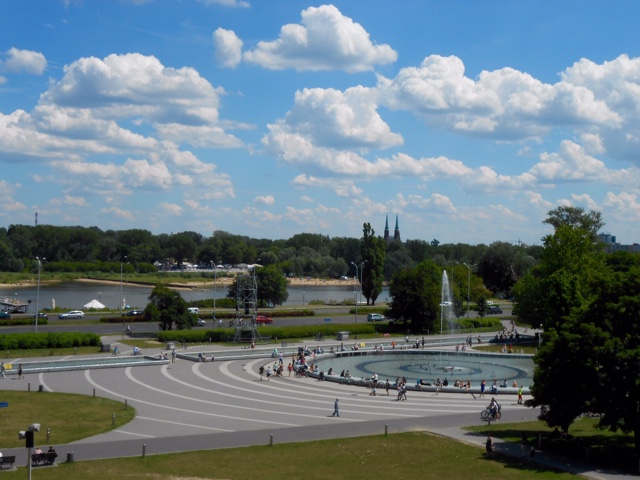 Warsaw is the birth place of Marie Curie: 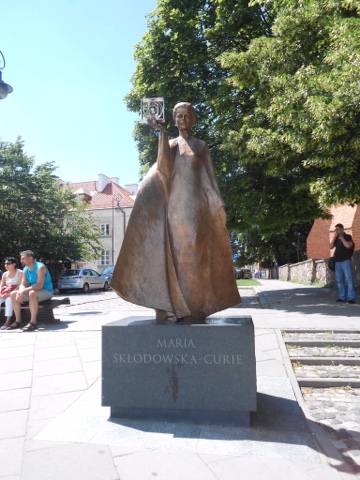 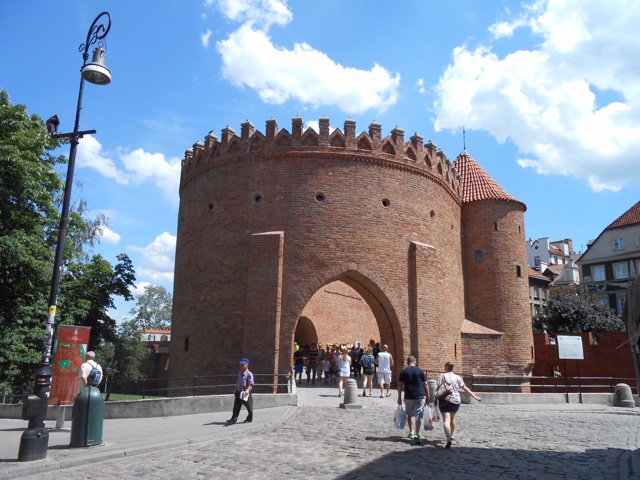 As well as Chopin! 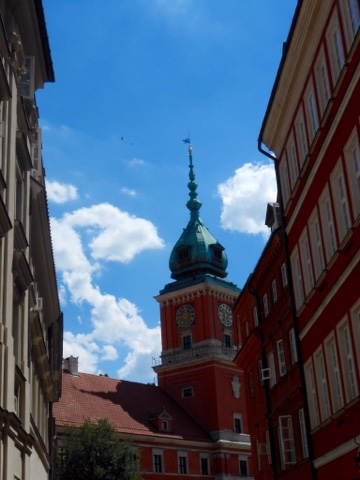 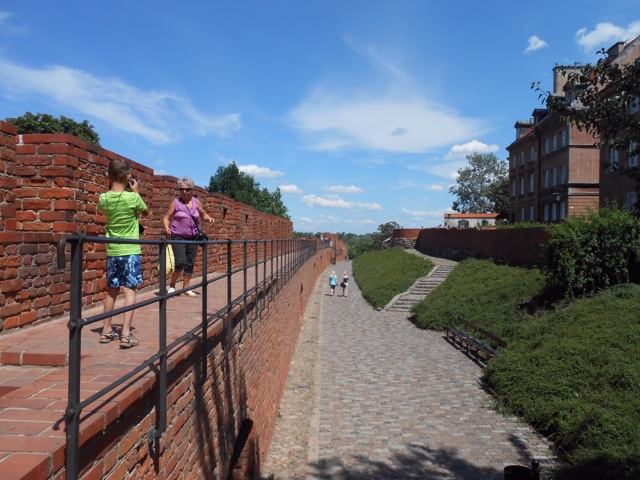 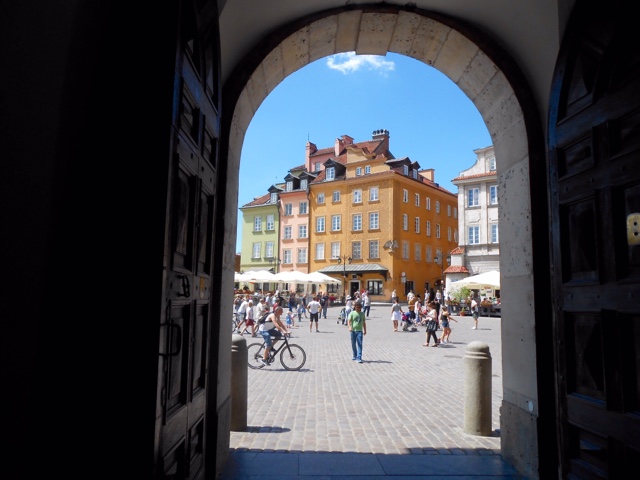 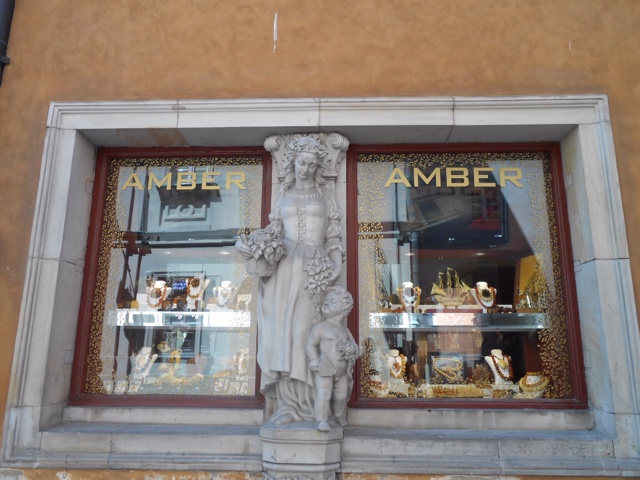 Later in the afternoon, we managed to negotiate the very puzzling ( and incomprehensible!) public transport and train network and make it home. The house is just at the edge of town, set in a beautiful forest, in a very peaceful area.
In the evening, Ola showed us the video for her tour of the Himalyas on Royal enfields. It looks amazing. She is guiding several tours, and I think there may still be some spaces on one, so anyone interested should contact her : http://advfactory.com/?lang=en
Here is the link to this video: https://youtu.be/vdY7UTvNzTs
We then watched a very amazing video of Chris exploring the Wakham valley, on the Afgan side, few years ago. It was incredibly impressive!
“Wakham, where the road ends”: https://youtu.be/qM72c1AlIQY
Both Ola and Chris have been scouting and touring to many places around the world, and are experts of Central Asia. Ola had many sporting trophies on the wall, and is an amazing motocross and enduro rider, riding bikes that even Alistair would think too tall for him ( she is about my heigh!)…
They both have talent, but brain too. Ola was a lawyer for many years while Chris was a journalist and still write occasionally.
As you guess, they made a big impression on us.
Later on, I sat down with Chris and we looked at the maps of Kyrgyzstan and Tajikistan, he knows all the roads and trails. He was able to tell me which roads to take, what would be beautiful and worth the detour. Now I can’t wait to get there!
Day 9 – Monday 20th June – Suwalki – 310 kms
We were planning to get close to the Lithuanian border that day, so we were not in any rush.
We left rather late, after making our goodbyes. 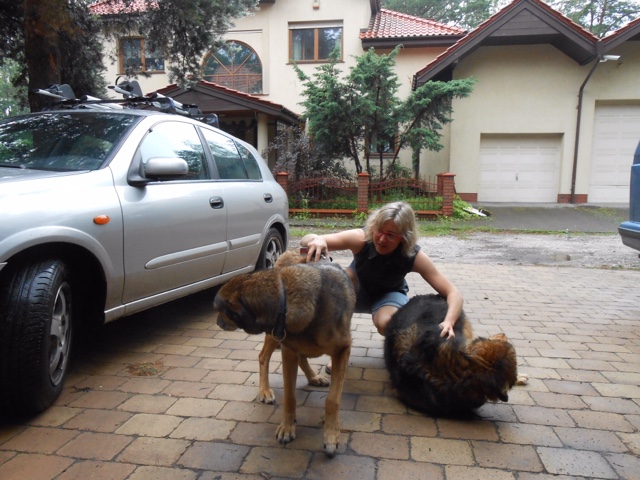 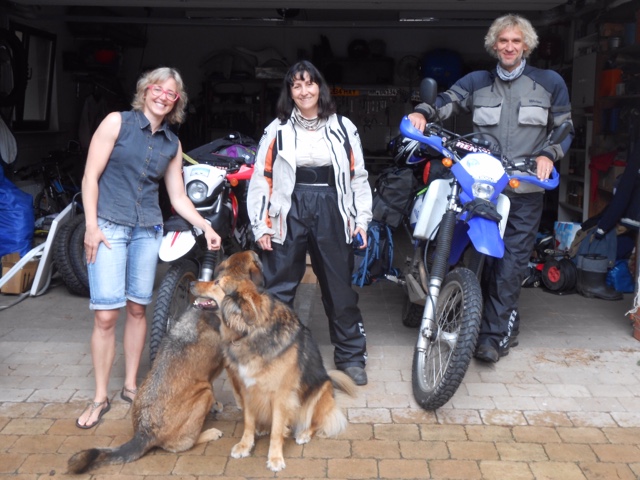 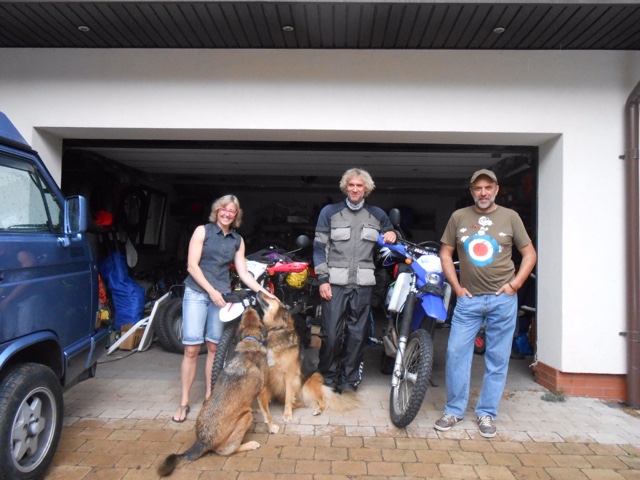 The day was wet, once again, and very windy, but it got progressively better in the afternoon. We almost had some sunshine in the evening!
My seat was, at last, bearable. The wind at speed ( we have no fairing on our bikes) was very tiring.
We found a hotel outside town and holed up there for the night, with a trucker place for a quick dinner.
Here a map of what we have done so far. 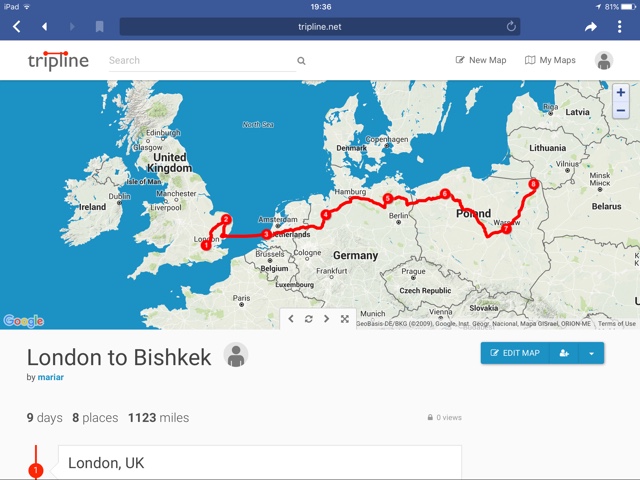 Short cut through the mountains to Bishkek