Skip to content
Day 75 – weds 24th of August – Osh – 0 kms
By 3am that morning, Alistair woke up rather sick with food poisoning.
At 6am ! He was feeling so bad, I went down, to the hotel reception to get a doctor. Soon after, two medics arrived and gave him an injection after checking him. One of the hotel staff was helping with translation.
At 7:30 / 8am, Alistair got much worse and was having severe abdominal pain. I walked to reception again and asked them to help as we needed to go to hospital. It was a different crew at reception. They called an ambulance. Traffic was bad at that time and it took some time to arrive.
Alistair was then examined by the paramedics in the couch of the hotel reception! The verdict was that he had to go to hospital. A common occurance in Kyrgyzstan. One week earlier, our friend Howard was also taken to hospital, for food poisoning, and put on a  drip!
The ambulance was UAZ 4 wheels drive, with rustic engine and nothing much inside to lay down. It stank of diesel inside, but did the job.
Photo taken from a Russian site on the Internet! 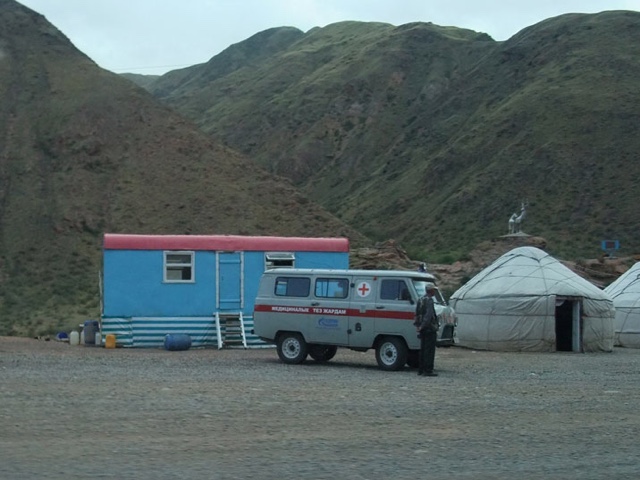 One of the receptionists at the hotel, came with us,  as we needed help with  translation. Not many people speak English around here!  That was very kind of the staff.
At the hospital, we were taken to a consultation room, where a doctor was already working with a patient! We waited a bit and he examined Alistair.
He was then taken upstairs where I was not allowed to follow! What happened then is what he described to me later.
Basically he had his stomach washed in the inside, in a rather crude but effective way! He was given a lot of warm water to drink, then had to make himself throw up in a bucket, by inserting his fingers down his throat, while Erlan , the hotel receptionist, was holding his head!   After being repeatedly made to do so, he was then taken to a small room that had three small beds.
The doctor then gave us a piece of paper with a list of stuff to buy.
Erlan took me to one of the many pharmacies in site, and we came back with two bottles to be used as a drip, and lots of old fashioned ampoules containing different liquids ( no idea what it was!).
After handing the goods to the nurse we had a long wait, as Alistair was left with a drip and had some sleep.
We came several times, but he was sleeping and we were told to wait as Alistair had a bit of fever, so could not be released.
We had a long time, with Erlan,  to wander around and wait. He told me how, the previous week, he spent all day at the police station, helping two British citizens saying at the hotel.
They were part of the Mongol Rally and had decorated their car with horns from the Marco Polo sheep. They said they found the horns by the side of the road! Unfortunately, the Marco Polo sheep is an endangered species, and being found with the horns is  illegal and was big trouble. They were told by the police and the special police in charge of these cases that the fine was of half million Soms ( about 8000 dollars !).
Eventually, pleading ignorance (or stupidity?) and with the help of Erlan and one of his friends, the Brits  got away with much less.
Eventually, by early afternoon, the doctor announced that Alistair was good to go! Price of all that? About 2 pounds for the pharmacy, and about 6 pounds for the doctor!
We went back to the hotel and I bought some green tea and sugar to settle his raw stomach. He was feeling much better.
Now , what caused such bad reaction? We suspect the meal  at the yurt camp, near Sari Mogul, was the culprit. No hygiene, dreadful tasting, smelling and looking meal…. Those “home stay ” can be seriously bad as far as food is concerned!
We learnt our lesson!
Day 76 – Thursday 25th August – Osh – few miles
We decided to stay an extra day, to give Alistair a chance to rest.
Late morning we rode the bikes to Patrick’s place to pick up our camping gear. The place was shut and no one around. We went back and phoned Patrick.
Alistair went back later when Kolya, the Russian mechanic, was there.
We then repacked everything. We did not do much else.
I took few pictures of the area, and of hotel Osh Nuru. We can’t thank the staff enough, and Erlan of course, for their constant help! Top place to stay! And nice breakfast!
Lenine of course! Everywhere! In Osh this time! 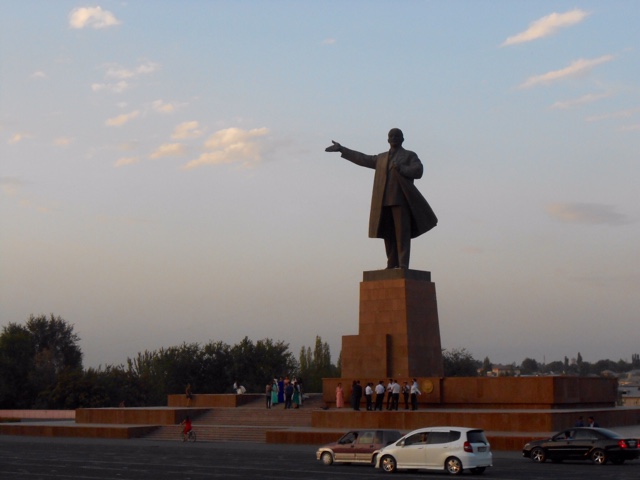 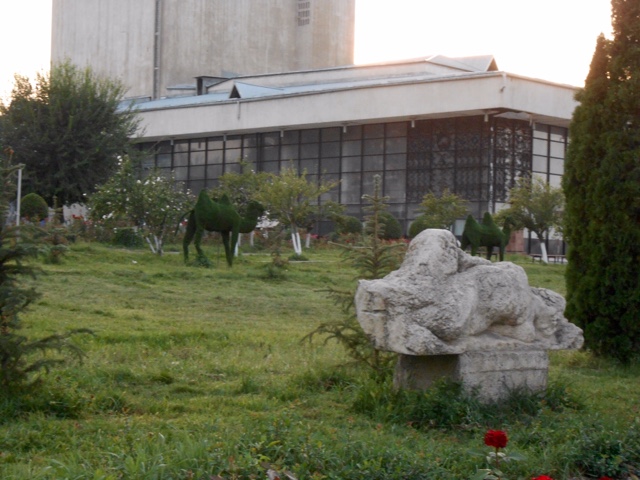 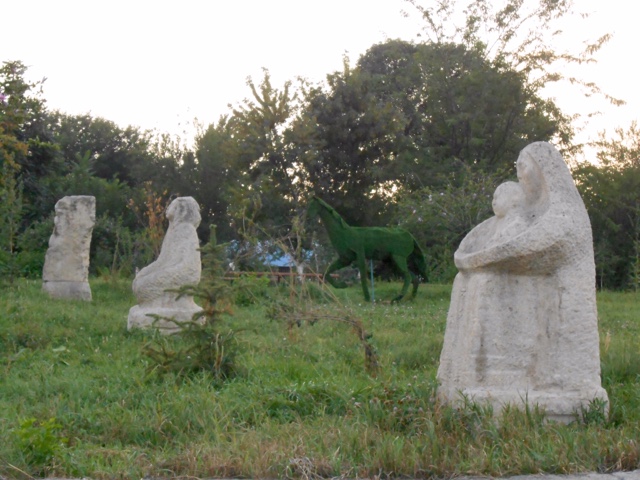 And of course, the Osh Nuru. A big soviet style building but nice inside! 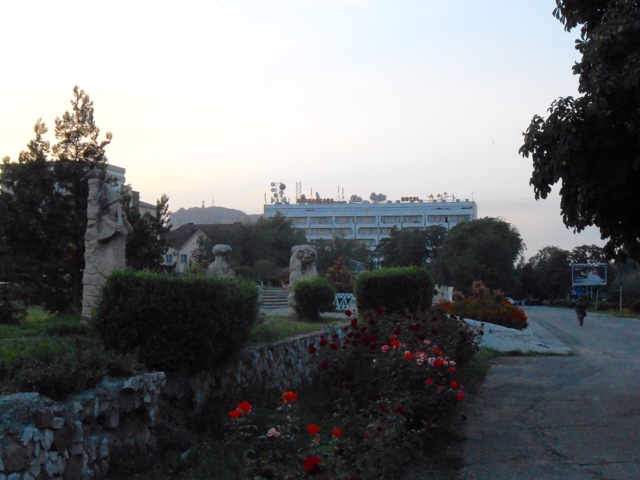 That’s all for now. Don’t miss the next chapter ( tomorrow)  with the most beautiful photos of this trip!