Sorry for typos but not easy to type on an ipad!
As we woke up, the weather was cloudy but dry. We left Afyon and continued on the D-300 east, passing Konya and Aksaray. We were then in Cappadocia. The road had been a superb 4 lanes since Cesme.
Soon after leaving the hotel, we stopped for fuel. We put some chain lube on both bikes and decided to chek the oil. Few days ago it had been fine. Well, this time, Alistair’s bike was dry! Not a drop of oil to be found! Oh dear that was not good! We bought a bottle and filled it. The engine sounded better after that. We had been complacent, once again. Not the first time on our trips! We continued, wondering if the bikes would actually make it further than Turkey…
We came off the D300 early afternoon, riding toward a touristy town of Ilhiara. 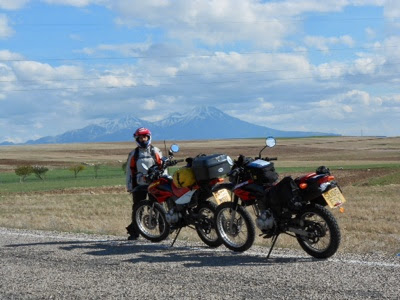 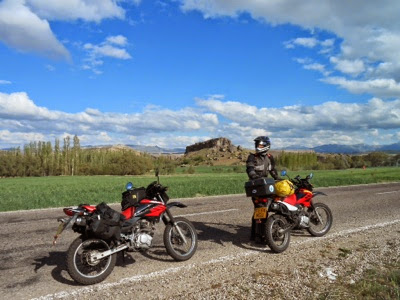 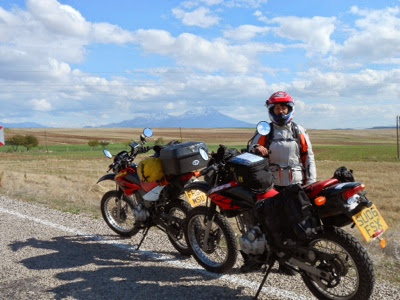 We did not get there in the end. We stopped for a look and decided that, as we would need to ride back the next day, the spot we were in was good and there was a hotel nearby. We stopped there. As it is still low season we were the only guests. On the plus side we managed to get some beer at the restaurant, albeit at a price! Oh well what do you expect in touristy places! Even the hotel was wildly overpriced comparing with previous hotels. 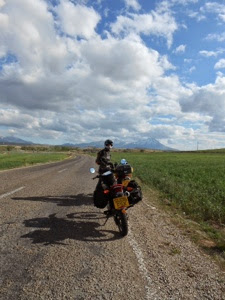 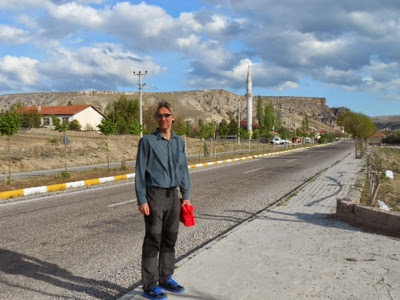 Friday 2d May – 321 miles
After a mediocre breakfast we left by 9 am.
First, after running the engine few minutes we checked the oil again. Alistair’s bike was dry again. No leak… That was a big worry now! We rode few miles to the nearest fuel station and checked the oil again…. This time it was ok. Fewwww!! What a relief that was, but from now on we are checking every day. Alistair also found out the bike runs better with a bit of oil in! 😀
We decided to take the scenic route across the highlands and mountains… And it was scenic! Absolutely  spectacular. Unfortunately the few photos we took don’t show the best…too hard to stop every 5 minutes… The best views are in our memories…. 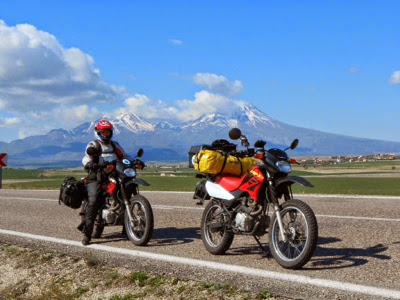 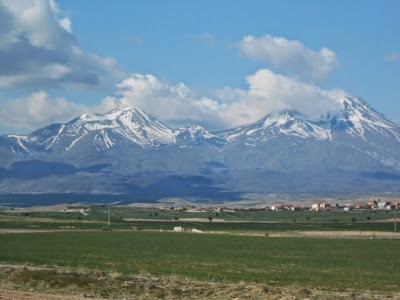 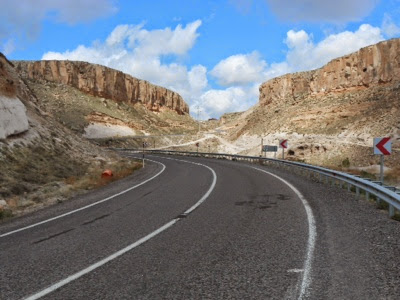 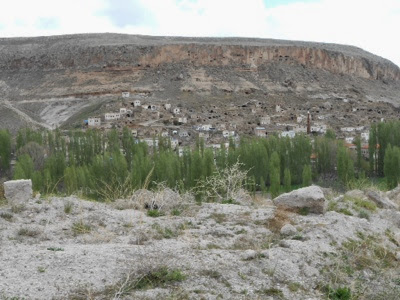 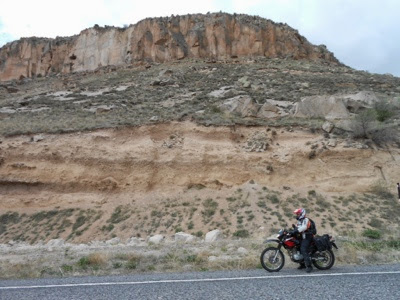 We passed then the touristic town of Goreme and rejoined the D300.
At a fuel station in Goreme, we got talking with a local. Our intention was to continue east via the Central route. However one man told us of a couple of really nice places going toward the black sea. He also said something about ” the situation” further east on the central road….. We decided to follow his advice and aim for the little town of Niksar… And avoid ” situations”! 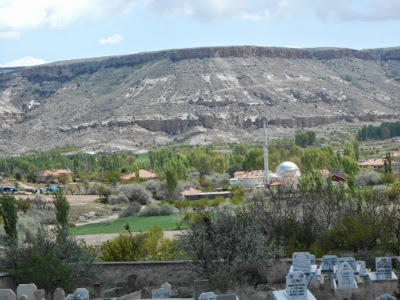 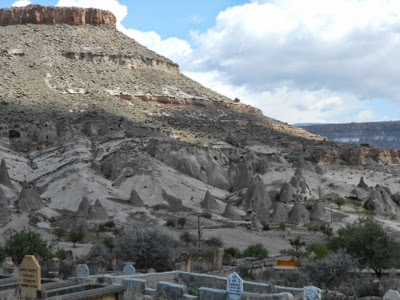 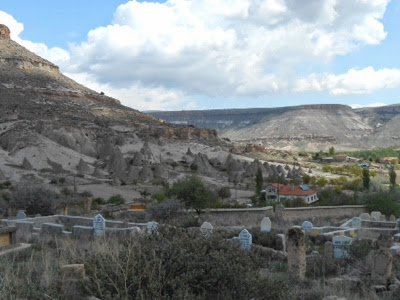 Once again we took some minor mountains roads that provided amazing views! A we rode East we could sea a very clear cut zone of white clouds and then black clouds…we were riding straight into a storm! However, with our change of plans, as we left the D300 and turned north,  we just skimmed the edge of the storm, getting wet here and there but finally getting away!
We went through some gravel and unsurfaced / under construction roads. Our little bikes behaved impeccably! We arrived at a hotel in the centre of Niksar by 7 pm, covered in mud, but happy! It had been an amazing riding day, great twisty mountains roads, magnificent views… And great dinner at night! 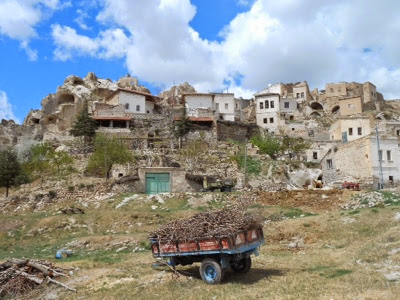