We had a day rest in Olgii to do some chores, like laundry, bike maintenance, catching up on the blog, buy food etc….
We had pretty much made our mind that we wanted to ride the northern route, which is supposed to be the hardest, but also the most beautiful.
We stayed at a Gers camp in town. We met with few travellers and exchanged information with them. Apparently the main road north was blocked by two rivers that are currently too deep for even trucks to pass. Two cyclists, father and son from california, on a round the world trip, told us about a combination of short cuts. A dutch couple , driving on a big landcruiser from China to Holland gave us also some valuable info on the northern route. 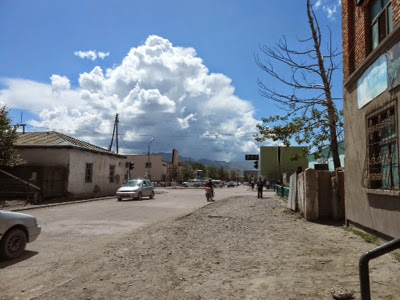 Thursday 26th June – somewhere by a lake – about 100 miles
For various reasons we left rather late.
Our plan was to take the shortcut below, from Olgii to Ulaangom, as the main road north was impassable. 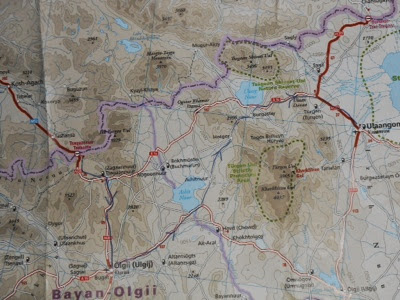 To start with, it was an obvious gravel road, that turned into various tracks. Navigation became difficult as there were tracks on the ground going all over and no idea which one to take. Eventually, it did not matter, we trusted our compass and the GPS, at least we knew we were going roughly north – East…. 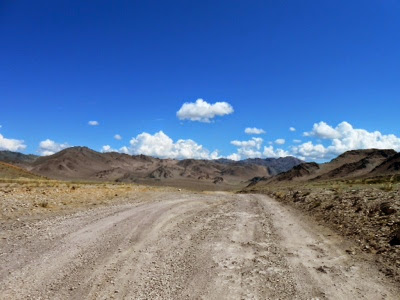 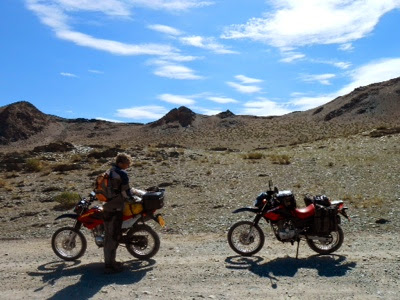 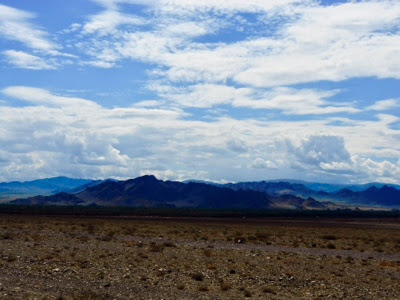 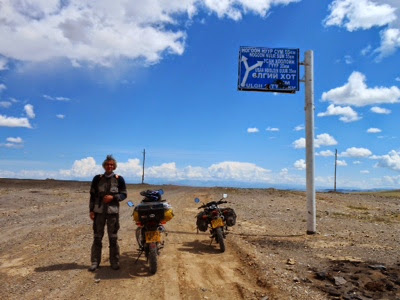 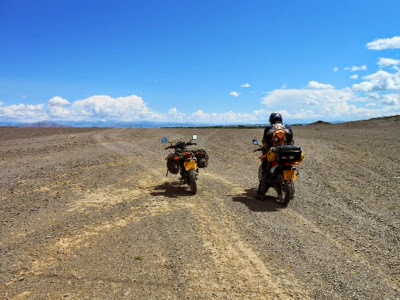 The tracks got from bad to worse, these are probably the worse tracks we ever rode. Lucky we had the perfect bikes for that, they were amazing through rocks, sand, rivers, anything! 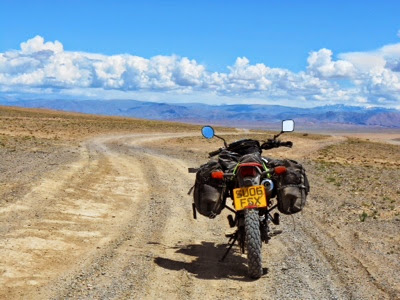 We went up into high deserted plateaux, across mountain passes, down green valleys and lakes and up again. The scenery was incredibly changing! 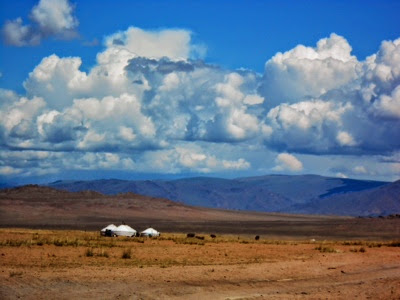 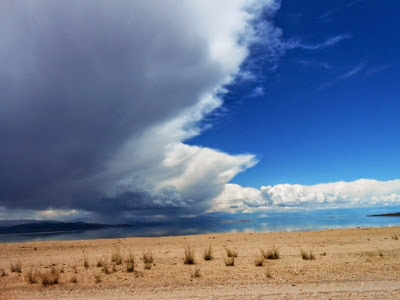 And up again and down into a valley with a big lake, where the tracks changed from rocky to sandy! 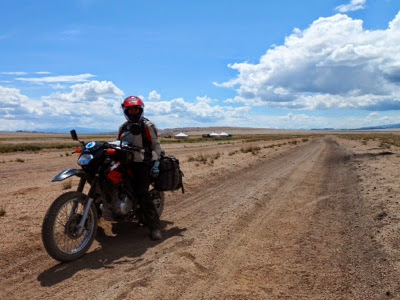 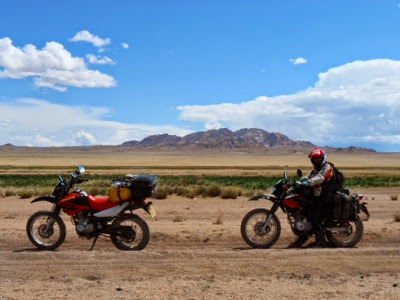 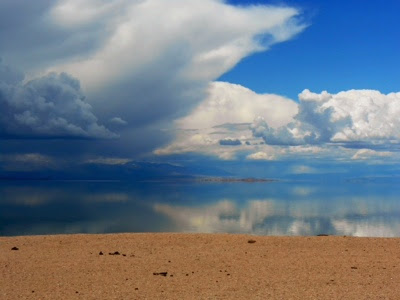 A storm was behind us, so we only stopped to eat an apple for lunch before pressing on! 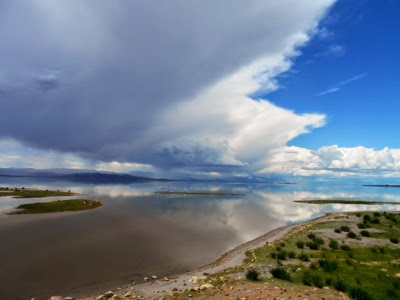 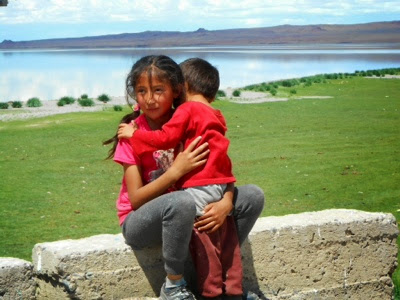 Then the terrain changed to some dry river bed with big stones. 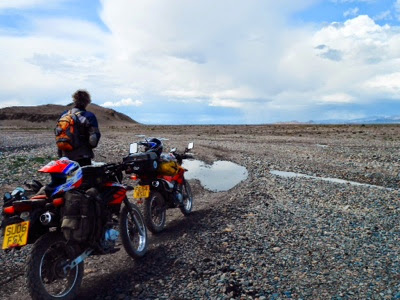 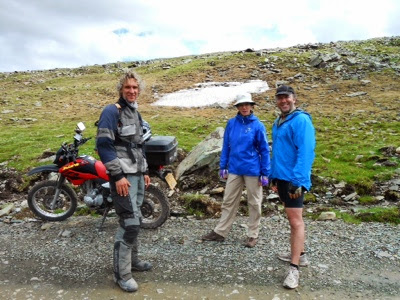 Up a mountain we met with some canadian cyclists and spent some time talking to them.
Then our first river crossing. 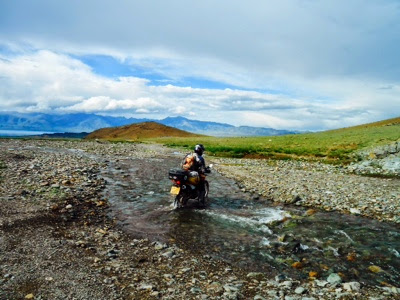 We then came across this scene below. A bike down, a man on the ground, face full of blood and bruises, a kid standing along…. 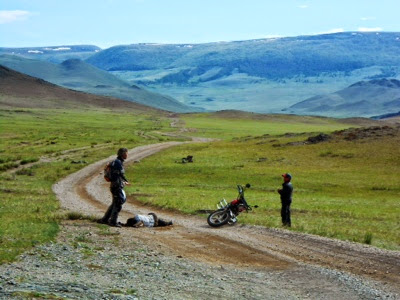 We stopped. The man was still alive, the kid did not say a word.
We did not know what to do. We decided to take a picture of the man and the kid, and alistair rode back up the hills to a small settlement, using the photo to explain what happened and get help, while I waited with the kid. I did not get a word from him, maybe he was in shock? He did not speak russian i guess…
Meanwhile Alistair found some people, but when he showed then the picture they just laughed at it like complete morons!
Eventually he came back. We were considering to get Alistair to take the kid pillion and ride to his home and get help there. We could not leave the man there, it was getting late and he would surely die of hypothermia overnight!
Then, a young lad turned up in a motorbike, he conversed with the kid, they seemed to know each other. The lad gave the kid his backpack and rode across toward a lake, to a ger, to get help.
So we left them to it. There  was not much more we could do.
By then it was very late. Too late to make it to Ulaangom in such dizfficult tracks, and we were tired.
We rode for a while a took a track towar a lake, but the shore was very far. Sowe  just set camp. We could see some gers far away. 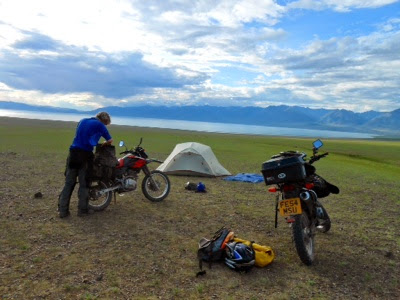 We got the stove and prepared what is now our staple diet: pot noodles! 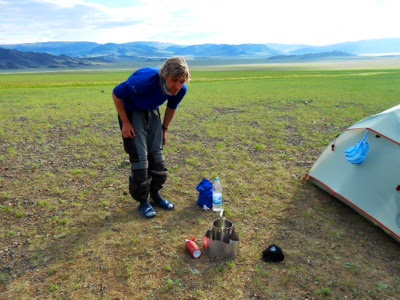 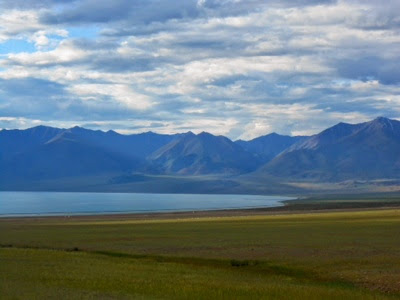 As soon as we got eating, a couple of motorbikes turned up and two mongol came to stare at us. Wgave  them some bread… Then they left!
Friday 27th June – about 65 miles – Ulaangom
We had a   good night sleep, it was a peaceful place and no mosquitoes! Such a relief!
Then as we were getting ready to pack up, two guys om two motorbikes turned up and inspected all our  stuff, our bikes, and were more than willing to help packing, but not with the best results! To pack all small enough it fit in our roll bag is an art!
We got back

on the road, the scenery across a mountain and valley was sublime. 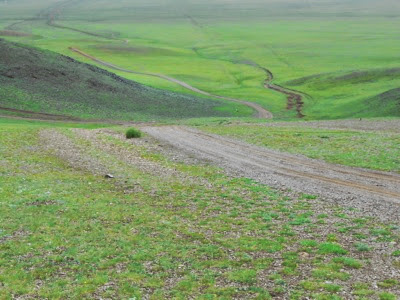 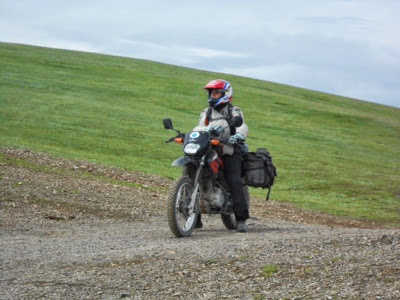 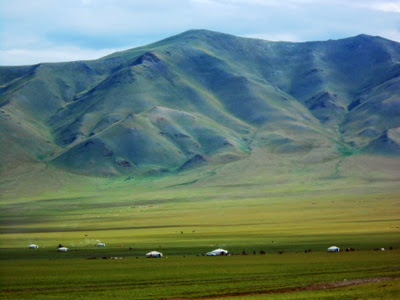 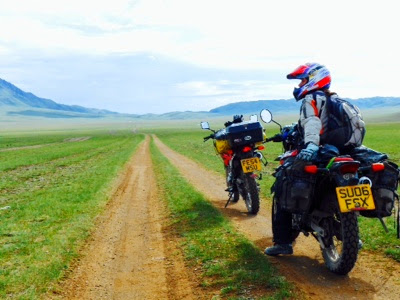 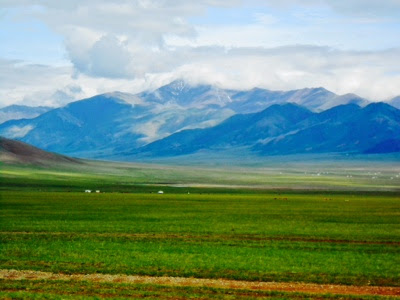 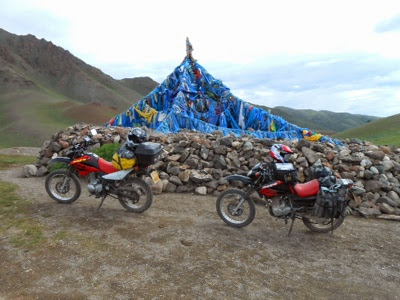 We then got into the good road to Ulaangom, it was even paved! The place is a dump but we need to buy supplies for several days and have a last shower! Beyond Ulaangom, we will go into the wilderness for several days, until we reach the town of Moron! Honest, that’s the name!