At 9 am we were back to the depot to pick up our bikes. In the train , 5 others bikes had been travelling with ours, although the owners were not in the train. Some of their bikes were still in the wagon, waiting to be moved to the depot. The train wagons were just on the side of the depot, which was elevated to be level with the wagons.
The guys there took us to the wagon. One of the Finnish bike had fallen from its crate onto the next bike. The windshield was broken. As it had nothing to do with us we went back to our bikes. No one spoke english so there was no point explaining.
After some paper work in an office, Alistair got his screw driver out, in order to undo the crate.
A blond woman who seemed to boss people around shouted at us “Nyelza! Nyelza!” Which means not possible, forbidden. Then she said something about the street. So we could only remove the crate once the bikes were in the street. Okayyyy. How she planned to do that? When I asked, she said ” nye znayo” I don’t know.
I thought first she meant she did not understand me. So we sat round round and waited see how the bikes would be moved. The guys were working taking bags and boxes out of the trains and into the depot.
After a while, as the woman was round again, I asked again. Same answer. So we started getting the bike out of its crate, as  it was obvious  no one would help us. maybe she expected us to lift the bikes with our barehands and   get them out? Or some sort of teleportation? Shame i don’t have Mr Spock phone number, for some bit of teleportation, would be a  great trick!
The blond woman came back, shouting again, i shouted louder “how we get the bikes out? ” with same answer “i don’t know” so we ignored her and worked on the crate. No one stopped us. I decided that this woman was suffering from what we call in french the Complex of the under Manager. Someone who got promoted just above the bottom hierarchy level, and it goes to their head and they turn into unpleasant mini dictators!
Meanwhile the guys were getting the other bikes out. As Alistair wheeled his bike out to the street level, the fallen bike fell further as the guys were getting it out. One guy screamed in pain, maybe got a finger pinched….one worker came shouting at me and showing the bike.
I know, the temerity of paying to get my bike on a train. how dare I?
As it had nothing to do with me, i ignored him and continued with the screw driver! The crates are awful and unsafe but this has nothing to do with me!
After that we rode to the hotel and the manager got the bikes inside the hotel, in the service entrance.
So with this done, we went to visit a bit of town! 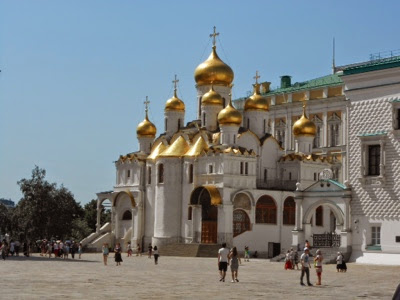 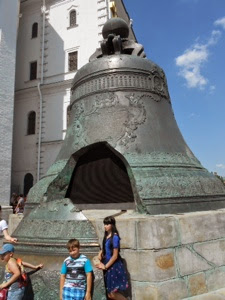 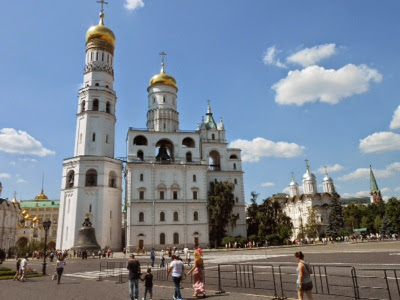 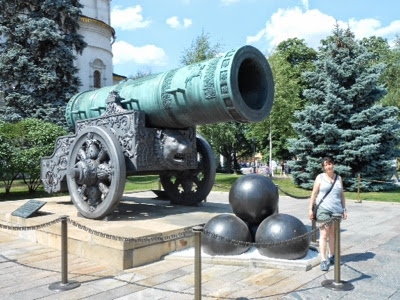 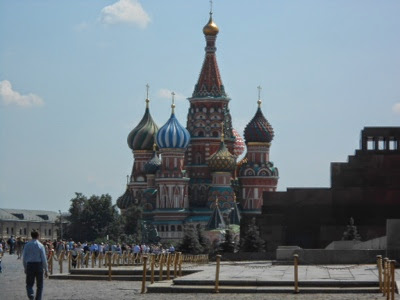 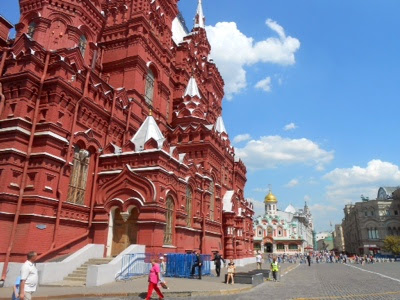 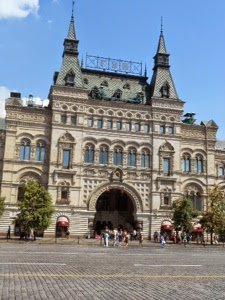 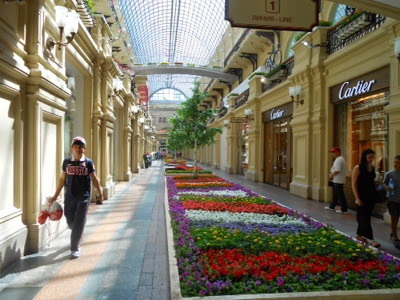 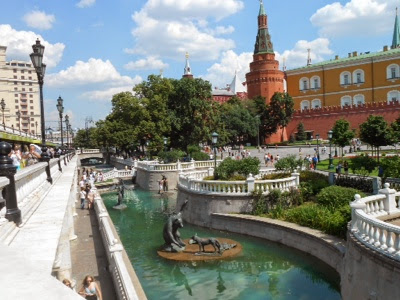 We left Moscow early. Getting out of town was the usual scary ride, trying to avoid crazy drivers.
After  few hours off on the motorway, riding west, which soon turns into a dual carriage way, we decided we could not continue on that road, as it was too dangerous. Alistair’s bike was still playing up and could not go beyond 40 or 45mph. Trucks with double trailers were overtaking us with just inches to spare! Way too close for comfort, and closing down on us before they had passed us completely. It was very dangerous. So we stopped and looked at the map. We decided to take the quite back roads west toward Estonia.
After further investigation while in Moscow, it seems there are very few ferries going from st Petersburg  to Stokholm…Looking at   various ferry options, Tallinn was the most convenient. So we  had decided to ride to Estonia. if only Alistair’s bike can make it!
The back roads were passing near rivers and lakes. As the day advanced, we  looked for hotels. We found only one in a  small town but it had no rooms for us. We continued and came across a holiday resort very soviet style, on the edge of a lake!
It had very shabby wood cabins , the showers were in a shower block only, the beds were sort  of interesting… But at least they had space for us. So we rode to our cabin and found the local store and bar. The locals stay there on full board but we were not sure how things worked so we only took the room and had dinner at the bar with some shashliks. 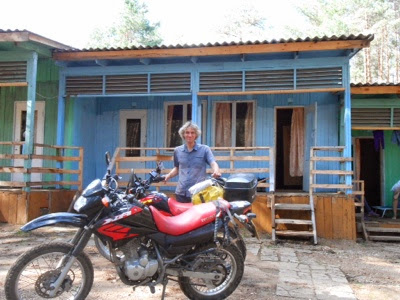 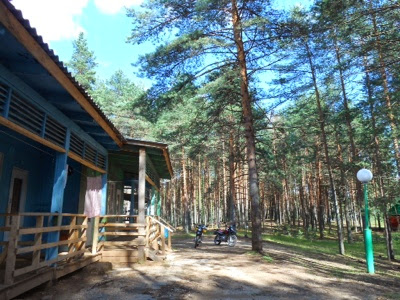 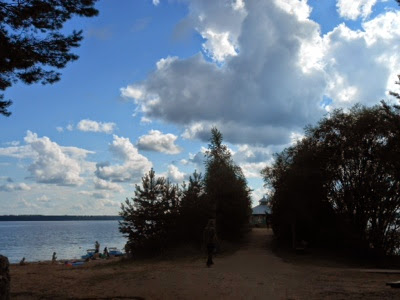 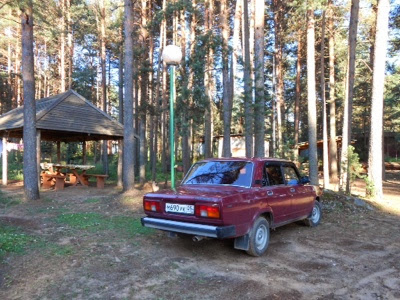 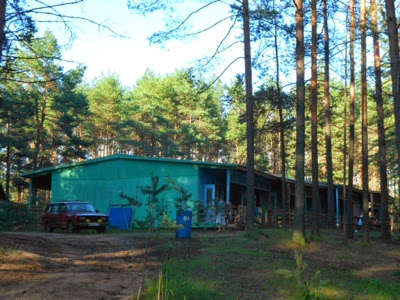 The road to Mongolia

Someone shooting at us???